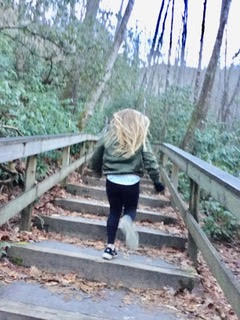 “One Holiday – Many Journeys” by Rabbi Danielle Upbin

Passover is the most widely observed holiday on the Jewish calendar.  It is no wonder – a home-based holiday, families gather around set tables, savoring rituals that have been passed down through the generations.  It also helps to have a script to follow – Seder plates filled, Hagaddahs open, wine poured, discussions flow. Families are encouraged to interpret the rituals their own way. The premise of the Seder, after all, is the open door – even the “Wicked Child”, who cares little for the traditions of the past, reluctantly takes her place at the Passover table.

Passover welcomes each of us with its varied entrances and deliveries. There are those who enjoy the traditions and others who prefer a fresh look. Some come for the food, others for conversation.  Many focus on creating shorter child-friendly experiences, others opt to start at dark, debating the intricacies of interpretation throughout the night.

The emphasis on diversity at the Seder is reflected in the nature of the holiday itself. Widely known as “Passover” in English, it is also known by four other celebrated names:  Chag Ha’Pesach (The Passover Holiday), Chag Ha’aviv (the Holiday of Spring), Chag Ha’Matzot (The Festival of Unleavened Bread), and Z’man Chei’ra’teinu (The Time of our Freedom). Each of these titles offer a different perspective through which one can appreciate and celebrate the depth of the season.

The well-known English name, “Passover”, is derived from the Exodus narrative in which the Angel of Death “passed over” the homes of the Israelites, sparing them from the tenth plague – the death of the first born. The tenth plague is the catalyst for Pharaoh to cede to the Israelite God, finally releasing the Israelite slaves into freedom. While it is natural to celebrate our freedom, even God silenced the angels from singing when the Egyptians were drowning, a sign of mourning for his creation.  While the name “Passover” isn’t going anywhere, we can challenge ourselves to explore some of the other uplifting themes of the holiday, through the passageway of Passover’s other names.

First, let’s consider Chag Ha’Pesach, the first iteration of this Biblical holiday. In Exodus (12:1-8) , God commands the Israelites to prepare for the journey with a communal meal. The beauty of the ritual is that they are commanded to share this moment of celebration with their families, neighbors and friends.  The Biblical ritual of the sacrificial lamb is as much about family and celebration as it is about placing the blood on the door post.  That is why when the Temple was destroyed in antiquity, the rabbis could easily pivot from the sacrificial rite to an emphasis on gathering and discussion. The celebratory meal was already an essential part of the core experience.

The focus on observing the holiday as a gathering around the family table, without the need for a lot of liturgy or synagogue-based ritual, creates a grand threshold for Pesach observance.

The name “Pesach” can be taken in an entirely different, but equally energizing direction. As the Hassidic masters have noted – Pesach can be read Peh-Sach, “the mouth that speaks”. The primary observance of the holiday is “v’higadeta l’vincha” (Exodus 13:8) – “and you shall tell your children…” – We are obligated to sit around the table and tell the story of our freedom, to learn from one another, to inspire inquiry and share our personal and collective narratives.  Story telling makes the Seder experience rich and personal.  Our stories, meshed with those of the past, invigorate the ritual, creating a living tradition. The personal infused with the communal, keeps the Seder experience creative and fresh, letting the next generation know that their stories matter, too.

The Torah refers to Passover as Hag Hamatzot, the “Feast of Unleavened Bread”: “Seven days you shall eat unleavened bread and on the seventh day there shall be a festival of the Lord.” The Matzah is both the “bread of freedom” and the “bread of affliction” (Deuteronomy 16:3). We are instructed, “You shall not eat anything leavened with it; for you departed from the land of Egypt hurriedly – so that you may remember the day of your departure from the land of Egypt all the days of your    life.”  (Deuteronomy 16:3).  For a simple cracker, the Matzah holds a significant weight of memory.

How can Matzah be both the symbol of our freedom and of our slavery?  Made of just flour and water, without yeast or leavening, it is symbolic of degradation and slave rations. But seen another way, Matzah represents the hurried nature of their freedom – they didn’t have the time to let the dough rise. That is to say, although they were slaves, they didn’t eat food like Matzah, they were accustomed to leavened bread. Had there been more time, they might have taken delicious breads and cakes on the way.  But the nature of their freedom was such that their bread was compromised. They could take only unleavened. Matzah then, is the bread of freedom – no matter how plain (and tasteless) – it is beloved for what it represents.

Chag Ha’matzot calls us to attention – to shift our perspective from slave-minded to free-minded.  Matzah tells us, we can eat all the bread we want and still be enslaved.  Or we can eat meager rations and feel completely liberated.  On Passover, we switch the paradigm so that we can focus our attention and energies on what really matters – on what sets us free.

Chag Ha’viv, the “Springtime Holiday”, evokes delightful imagery of the natural world emerging from winter slumber. It is the beginning of the grain harvest, tethering the start of this festival to Shavuot, which takes place seven weeks later.  Beginning on the second night of Passover, we count down the days of the Omer, recalling the barley harvest and daily measure that was brought to the Temple in ancient days.  By commemorating our holiday through the lens of Spring, we enter into the season of renewal.  The symbolic foods on the Seder plate, the parsley and egg, remind us of the sprouting of fresh greenery and the cycle of life.  The Springtime also points to an awakened state of mind, joyously renewing ourselves in the spirit of vitality and youth.

Spring is also the season of lovers.  An accompanying text of the season is Shir Ha’Shirim, the Song of Songs, recited in many communities on the Sabbath of Passover, and continuing throughout the season. The Song of Songs colorfully describes lovers frolicking in the apple orchard, stretched out beneath the trees. It is typically read as a metaphor for the love between God and the Jewish people.

A Midrash highlights the Exodus story as the moment when God and Israel join into union.  God, as it were, had been peering through the lattice, eagerly waiting for the moment when the Israelites would be freed so they could unite and move forward together.  This metaphor conjures up the image of God and Israel sanctifying their union on Mount Sinai, with the Torah offered as their Ketubah, their official wedding document.

Finally, “Z’man Cheiruteinu” means the “Time of our Freedom”.  At Seder we recount: “In every generation, we must see ourselves as if we personally came out of Egypt”.  This isn’t just a role play we take on at the table; it is an invitation to feel more free, to be more free, to dedicate ourselves to ensuring freedom for others. The Torah reminds us 36 times to “care for the stranger,” “don’t oppress the stranger, because you were strangers in a strange land.” On This holiday, we strive to create a little more freedom for ourselves and for others.  We commit to attending to whatever is holding us back and whatever is holding our society back.

Mitzrayim, the Hebrew word for Egypt, is not just a place name, it refers to a“narrow place” –  a state of being or a state of mind.  The call to freedom is a call within. We ask ourselves – what are we slaves to on this day? What can we do break free? The Midrash tells us that our descent into slavery was slow. The Israelites were comfortable in the land of Goshen for many years. All of their needs were met.  By the time they realized how ensconced they were in Exile, it was too late, they were on the road to Egyptian toil. Z’man Cheruteinu harkens to shift our focus, to notice what is tugging at our attention. What discomfort are we avoiding, what leap of faith is calling us forward?

There are many pathways into this beautiful holiday. Whether you are in it for the food, the ritual, the conversation, or the inner path, may each step on the journey lead you to greater freedom, satisfaction, and blessing.